Up Like a Bird by Brendan Hughes with Douglas Dalby

Brendan Hughes in conversation with Douglas Dalby. Brendan and Douglas will be joined by local musician and

Brendan and Douglas will be joined by local musician Charlie Fealy, former lead singer of the legendary republican folk group, The Blarney Pilgrims. Charlie is well versed in the ballads of the period and his songs will evoke the atmosphere of these far gone distant days.

A first-hand account of some of the most secret operations ever carried out on Irish soil during the most troubled period in Irish history.   Brendan Hughes was a founding member of the Provisional IRA in East Tyrone. In his gritty memoir, Up Like A Bird, he charts his rise into the top ranks of the organisation in the early 1970s and his dramatic fall from favour. With all the ingredients of a fast-paced thriller, Hughes reveals how he led a secret IRA unit that planned and executed the audacious helicopter escape from Mountjoy Jail in 1973, planned a mass breakout from Portlaoise Prison in 1974 and carried out a series of bank raids in the Republic that helped transform the Provos into a sophisticated guerrilla movement. Shortly afterwards, his relationship with the IRA leadership turned sour and former comrades were ordered to execute him. For almost half a century he has been written out of history. Until now… Ná himíodh sé gan tusa! Douglas Dalby is a journeyman journalist who has written extensively for national and international media, including the New York Times, Agency France Press, the Sunday Times and the Irish Times. He is based back west. Early booking advised! 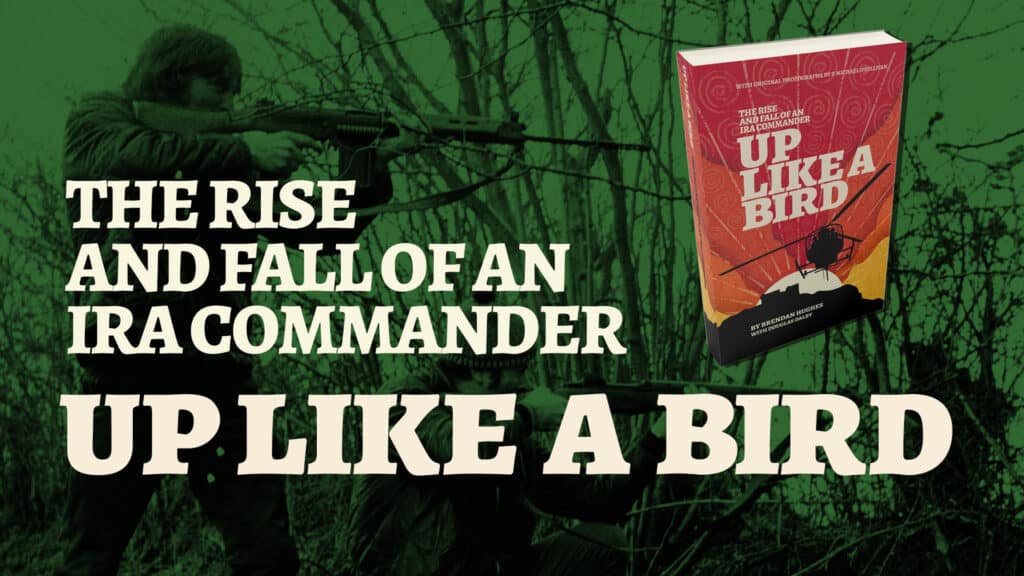